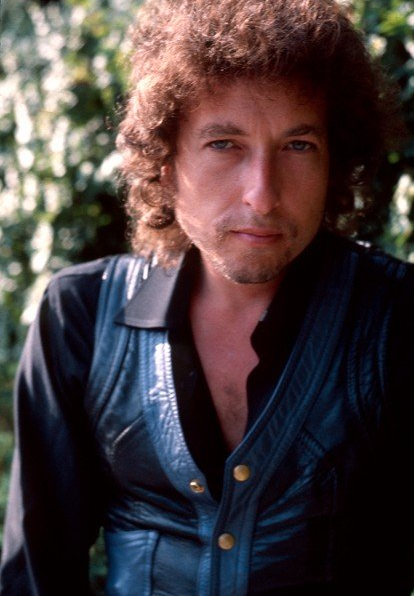 Since his debut in 1961, Bob Dylan has been one of the most influential singer-songwriters in the world.

His lyrics have touched on topics ranging from politics to love, and his unique style has inspired generations of artists. In this post, we’ll take a look at some of our favorite quotes by Bob Dylan.

Whether you’re a fan of his music or not, these quotes are sure to inspire and provoke thought. Enjoy! 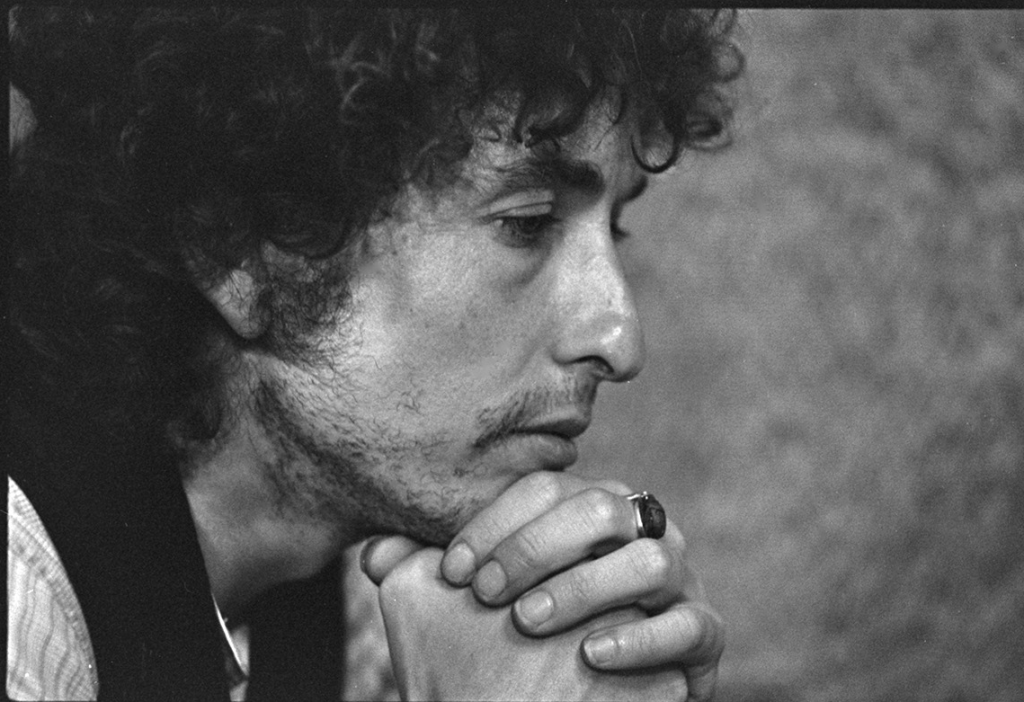 2. “I change during the course of a day. I wake, and I’m one person, and when I go to sleep I know for certain I’m somebody else.” — Bob Dylan

3. “One spoon of Dylan makes a gallon of meanings.” — Bob Dylan

6. “People are crazy and times are strange … I used to care but things have changed ” — Bob Dylan

7. “..my father was the best man in the world and probably worth a hundred of me, but he didn’t understand me. The town he lived in and the town I lived in were not the same.” — Bob Dylan

8. “What’s money? A man is a success if he gets up in the morning and goes to bed at night and in between does what he wants to do.” — Bob Dylan

9. “It seemed I’d always been chasing after something, anything that moved -a car, a bird, a blowing leaf -anything that might lead me into some more lit place, some unknown land downriver. I had not even the vaguest notion of the broken world I was living in, what society could do with you.” — Bob Dylan

10. “I really was never any more than what I was -a folk musician who gazed into the gray mist with tear-blinded eyes and made up songs that floated in a luminous haze.” — Bob Dylan

11. “What was the future? The future was a solid wall, not promising, not threatening – all bunk. No guarantees of anything, not even the guarantee that life isn’t one big joke.” — Bob Dylan

12. “I define nothing. Not beauty, not patriotism. I take each thing as it is, without prior rules about what it should be.” — Bob Dylan

14. “But even the President of the United States sometimes must have to stand naked.” — Bob Dylan

15. “Don’t matter how much money you got, there are only two kinds of people: there are saved people and there are lost, people.” — Bob Dylan

16. “Take care of my memories. For you cannot relive them.” — Bob Dylan

20. “Behind every beautiful thing, there’s some kind of pain.” — Bob Dylan 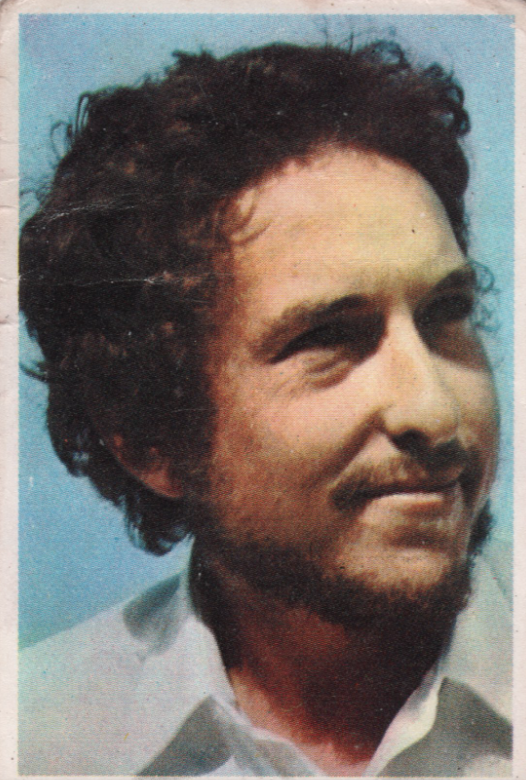 21. “A man is a success if he gets up in the morning and gets to bed at night, and in between, he does what he wants to do.” — Bob Dylan

22. “The future for me is already a thing of the past – You were my first love and you will be my last.” — Bob Dylan

26. “Being noticed can be a burden. Jesus got himself crucified because he got himself noticed. So I disappear a lot.” — Bob Dylan

27. “It’s like a kid standing at the window watching the rain.” — Bob Dylan

28. “The finest fury is the most controlled.” — Bob Dylan

33. “People seldom do what they believe in. They do what is convenient, then repent.” — Bob Dylan

39. “You don’t need a weatherman to know which way the wind blows.” — Bob Dylan

40. “All I’d ever done was sing songs that were dead straight and expressed powerful new realities. I had very little in common with and knew even less about a generation that I was supposed to be the voice of.” — Bob Dylan 41. “why be bothered with other people’s set-ups? it only leads to torture.” — Bob Dylan

42. “I had no time for romance. I turned away from the window, from the wintry sun, crossed through the room, went to the stove and made and poured myself a cup of hot chocolate and then clicked on the radio.” — Bob Dylan

45. “And songs, to me, were more important than just light entertainment. They were my preceptor and guide into some altered consciousness of reality, some different republic, some liberated republic.” — Bob Dylan

46. “A mistake is to commit a misunderstanding.” — Bob Dylan

50. “It’s hard to speculate what tomorrow may bring.” — Bob Dylan

52. “I say there are no depressed words just depressed minds.” — Bob Dylan

54. “It’s like my whole life never happened, When I see you, it’s as if I never had a thought. I know this dream, it might be crazy, but it’s the only one I’ve got.” — Bob Dylan

55. “It’s hard to speculate what tomorrow may bring.” — Bob Dylan

57. “I don’t think I’ve ever been an agnostic. I’ve always thought there’s a superior power, that this is not the real world and that there’s a world to come.”— Bob Dylan

58. “Experience teaches us that silence terrifies people the most.” — Bob Dylan

59. “If you want to keep your memories, you first have to live them.” — Bob Dylan 61. “Beyond here lies nothing’ But the mountains of the past” — Bob Dylan

62. “You have to work out where your place is. And who you are. But we’re all spirit. That’s all we are, we’re just walking dressed up in a suit of skin, and we’re going to leave that behind.” — Bob Dylan

63. “Don’t matter how much money you got, there’s only two kinds of people: there’s saved people and there’s lost people.” — Bob Dylan

64. “Life has its ups and downs, and time has to be your partner. Really, time is your soul mate.” — Bob Dylan

66. “I don’t think the human mind can comprehend the past and the future. They are both just illusions that can manipulate you into thinking there’s some kind of change.” — Bob Dylan

68. “All right, I’ll take a chance. I will fall in love with you. If I’m a fool you can have the night, you can have the morning too. Can you cook and sew? Make flowers grow? Do you understand my pain? Are you willing to risk it all or is your love in vain?” — Bob Dylan

69. “Done so many evil things in the name of love, it’s a crying shame. I never did see no fire that could put out a flame.” — Bob Dylan

70. “I wish that for just one time you could stand inside my shoes… Then you’d know what a drag it is to see you.” — Bob Dylan

72. “Last night I danced with a stranger, but she just reminded me you were the one.” — Bob Dylan

74. “I just don’t hear anyone else making the music I’m making in my head, so I’ll have to do it myself.” — Bob Dylan

75. “This land is your land and this land is my land, sure, but the world is run by those that never listen to music anyway.” — Bob Dylan

76. “I consider myself a poet first and a musician second. I live like a poet and I’ll die like a poet.”

77. “Take care of all your memories. For you cannot relive them.” — Bob Dylan

78. “It’s like a kid standing at the window watching the rain.” — Bob Dylan

80. “You don’t necessarily have to write to be a poet. Some people work in gas stations and they’re poets. I don’t call myself a poet, because I don’t like the word. I’m a trapeze artist.” — Bob Dylan

We’ve looked at some of the best Bob Dylan quotes to help illustrate his genius and how it can be applied in our lives.

What we learn from Dylan is that wisdom comes with age and experience, and if we take the time to listen, life will offer us plenty of lessons.

By being open to learning, we can continue growing long after leaving school or college behind.

So the next time you feel stuck or lost, why not reach for a Bob Dylan song or quote to get you moving again?