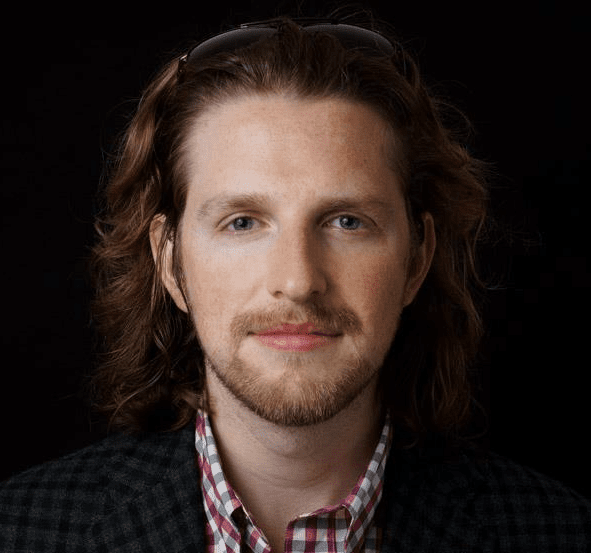 In the blogging world, there are few names as well-known as Matt Mullenweg. As the founder of WordPress, he has had a huge impact on online publishing and content management.

In addition to his work on WordPress, Mullenweg is also a strong advocate for open-source software and the decentralization of the web.

His speeches and quotes are insightful and motivating, making him one of the most respected voices in tech today.

In this blog post, we’ll take a look at some of Mullenweg’s best quotes on everything from entrepreneurship to open-source software.

So if you’re looking for some inspiration or just want to learn more about this tech icon, keep reading! 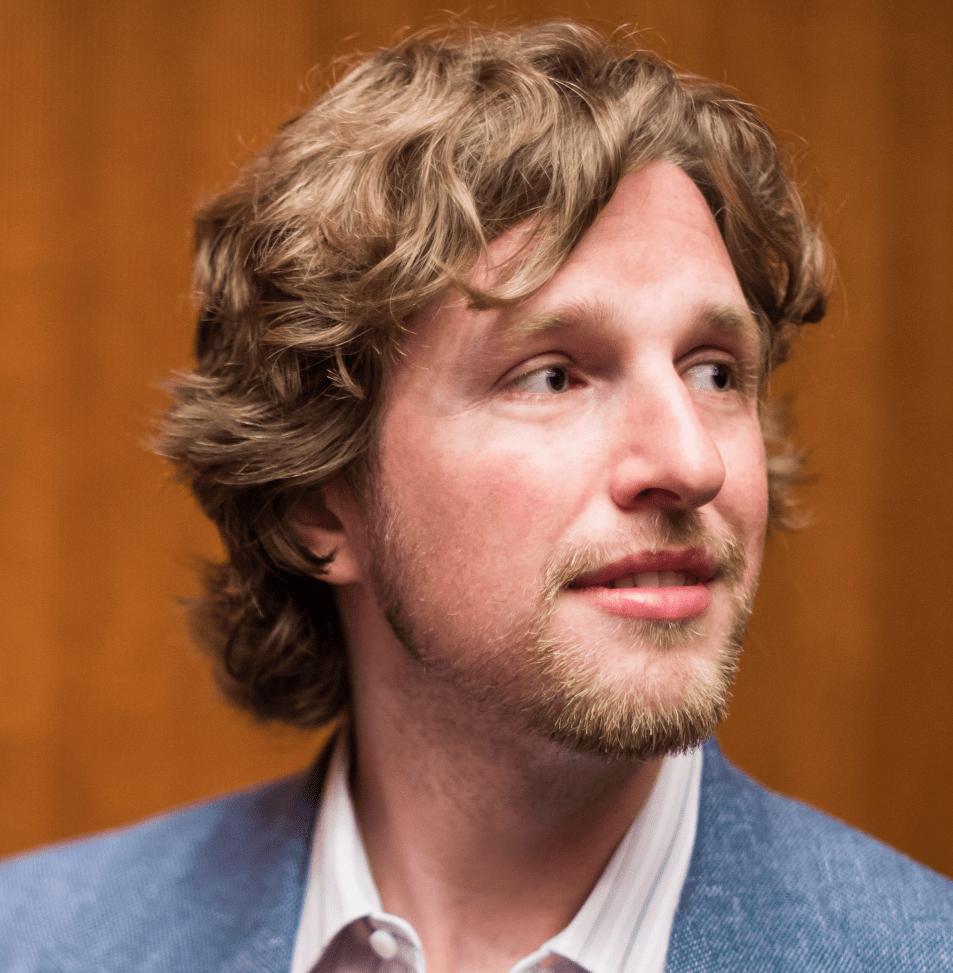 1. “Technology is best when it brings people together.” — Matt Mullenweg

2. “Has anyone ever said, ‘I wish I could go to more meetings today’?” — Matt Mullenweg

3. “I am an optimist, and I believe that people are inherently good and that if you give everyone a voice and freedom of expression, the truth and the good will outweigh the bad.” — Matt Mullenweg

4. “There is no moderator or ombudsman online, and while the transparency of the web usually means that information is self-correcting, we still have to keep in mind the responsibility each of us carries when the power of the press is at our fingertips and in our pockets.” — Matt Mullenweg

5. “One thing about open source is that even the failures contribute to the next thing that comes up. Unlike a company that could spend a million dollars in two years and fail and there’s nothing really to show for it, if you spend a million dollars on open source, you probably have something amazing that other people can build on.” — Matt Mullenweg

6. “If you think of the ideas of open source applied to information in an encyclopedia, you get to Wikipedia – lots and lots of small contributions that bubble up to something that’s meaningful.” — Matt Mullenweg

7. “When I first got into technology I didn’t really understand what open source was. Once I started writing software, I realized how important this would be.” — Matt Mullenweg

8. “There are two main methodologies of open source development. There’s the Apache model, which is design by committee – great for things like web servers. Then you have the benevolent dictator model. That’s what Ubuntu is doing, with Mark Shuttleworth.” — Matt Mullenweg

9. “We focus on two things when hiring. First, find the best people you can in the world. And second, let them do their work. Just get out of their way.” — Matt Mullenweg

10. “If you want to be good at something, you really have to work at it every single day. You have to work hard at the things that are hard. Otherwise you are just treading water.” — Matt Mullenweg

11. “I like to read first thing in the morning. I’m addicted to the Kindle. I read a lot of business books, because I feel like I should figure out how to be a real businessman before someone figures out that I’m not one. I really enjoy reading classics as well, which I try to work in once every two months.” — Matt Mullenweg

12. “Captcha is the bane of the Internet. I can’t figure them out myself half the time!” — Matt Mullenweg

13. “Immunity to obsolescence is the only obsolescent-immune conceit of the past millennium.” — Matt Mullenweg

14. “Money and salary is not a particularly good motivator in the long term.” — Matt Mullenweg

15. “In the morning, I have certain aspirations. One of my goals is to avoid looking at the computer or checking e-mail for at least an hour after I wake up. I also try to avoid alarm clocks as much as possible, because it’s just nice to wake up without one.” — Matt Mullenweg

17. “I don’t have big ideas. I sometimes have small ideas, which seem to work out.” — Matt Mullenweg

18. “People might start with LiveJournal or Blogger, but if they get serious, they’ll graduate to WordPress. We try to cater to the more powerful users.” — Matt Mullenweg

19. “It’s good to be in a role when you can learn something new.” — Matt Mullenweg

20. “If I were to wish for two things, they would be as much bandwidth as possible and ridiculously fast browser engines.” — Matt Mullenweg 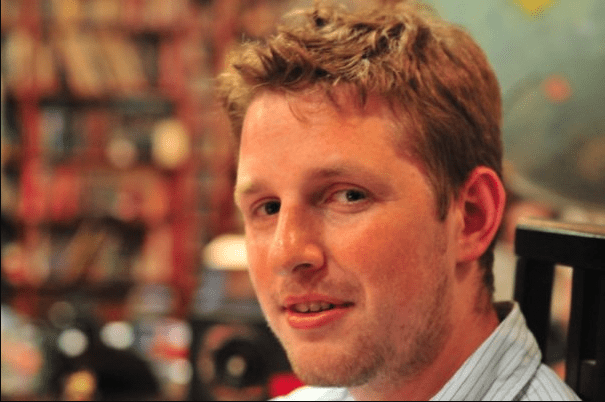 21. “Basically, if you believe in Moore’s Law, and you believe that hosting is going to become more and more commoditized over time, not being a host is a good idea.” — Matt Mullenweg

22. “When there’s no one you can point to, or when something goes wrong, it’s your fault – that level of responsibility and accountability is pretty interesting.” — Matt Mullenweg

23. “I think that all services will have downtime. No matter how much you prepare, have redundant systems, or audit, there will periodically be a black swan event that is completely unlike whatever you’ve experienced before. It even happens to Google!” — Matt Mullenweg

24. “The rise of broadband and growing ubiquity of Internet access excites me the most. The world changes a lot when, no matter where you are – in the middle of a deserted highway or in a bustling city – you can get high speed broadband access.” — Matt Mullenweg

25. “The themes in WordPress drive a lot of design trends. It democratizes design… You make a theme, and suddenly it’s on hundreds and thousands of sites.” — Matt Mullenweg

26. “Twitter is the ultimate service for the mobile age – its simplification and constraint of the publishing medium to 140 characters is perfectly complementary to a mobile experience. People still need longer stuff, but they see the headline on Twitter or Facebook.” — Matt Mullenweg

28. “As the web becomes more and more of a part of our every day lives, it would be a horrible tragedy if it was locked up inside of companies and proprietary software.” — Matt Mullenweg

29. “The biggest challenge for open source is that as it enters the consumer market, as projects like WordPress and Firefox have done, you have to create a user experience that is on par or better than the proprietary alternatives.” — Matt Mullenweg

30. “The center of gravity for an organization should be as close to what they make as possible. If you make cars, you need people in the factory. If you breed horses, be in the stable. If you make the Internet, live on the Internet, and use all the freedom and power it gives you.” — Matt Mullenweg

32. “It seems like the web, particularly software as a service, provides ample opportunities for you to flourish economically, completely aligned with the broader open source community.” — Matt Mullenweg

33. “In my home office, I have two large, 30-inch computer monitors – a Mac and a PC. They share the same mouse and keyboard, so I can type or copy and paste between them. I’ll typically do Web stuff on the Mac and e-mail and chat stuff on the PC.” — Matt Mullenweg

34. “One of my favorite programs that we didn’t make is Rescue Time. It runs in the corner of my computer and tracks how much time I spend on different things. I realized that even though I was doing e-mail only a couple of minutes at a time, it was adding up to a couple of hours a day. So I’m trying to reduce that.” — Matt Mullenweg

35. “I do my best stuff midmorning and superlate at night, from 1 to 5 in the morning. Some people don’t need sleep. I actually do need sleep. I just sleep all the time. I’ll catch naps in the afternoon, or I’ll take a 20-minute snooze in the office – just all the time. Our business is 24 hours. Our guys in Europe come online at midnight.” — Matt Mullenweg

36. “The relationship between WordPress and Tumblr has always been pretty friendly: Tumblr’s own blog used to be on WP, WordPress.com supports Tumblr as a Publicize option alongside Twitter and Facebook, our Akismet team sends them daily emails of splogs on the service, and there’s healthy import and export traffic both ways.” — Matt Mullenweg

37. “130 of Automattic’s 150 employees work outside of our San Francisco headquarters. Why are so many companies stuck in this factory model of working?” — Matt Mullenweg

38. “Simperium seems like a genuine utility for our own apps, and for other people as a service. And Simplenote, as a product, I love, and it’s just darn handy.” — Matt Mullenweg

39. “WordPress.com is the only service of its kind that not only lets you export your data, but gives you an open source package you can run on pretty much any web host out there to run your own instance of the software. So the freedom is really in your hands.” — Matt Mullenweg

40. “You don’t need to know someone personally to be able to discern whether their work is high quality or not. The idea of a meritocracy is that it’s what they do, not who they are.” — Matt Mullenweg

As you can see, Matt Mullenweg is a thought leader in the WordPress community and his insights are valuable.

If you’re looking to improve your website or blog, it’s worth taking the time to read what he has to say. Do you have a favorite Mullenweg quote? Share it in the comments below!