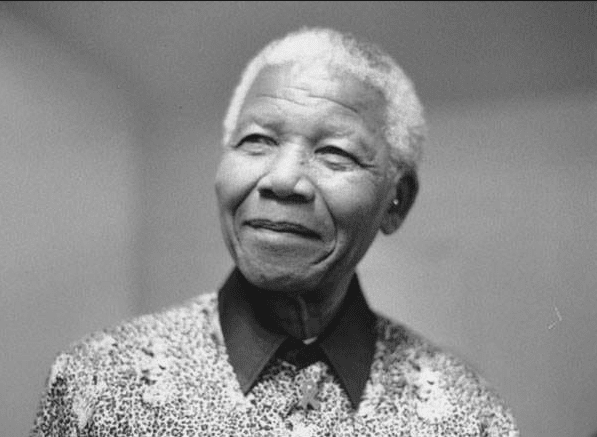 Nelson Mandela was a prominent political leader in South Africa who is known for his work towards racial equality.

In honor of Mandela’s life and legacy, today we’re taking a look at some of his most powerful quotes on peace, justice, and human rights.

Mandela’s words are more relevant than ever, and provide valuable insight into the man behind one of history’s most inspiring stories.

We hope you enjoy reading them as much as we enjoyed compiling them! 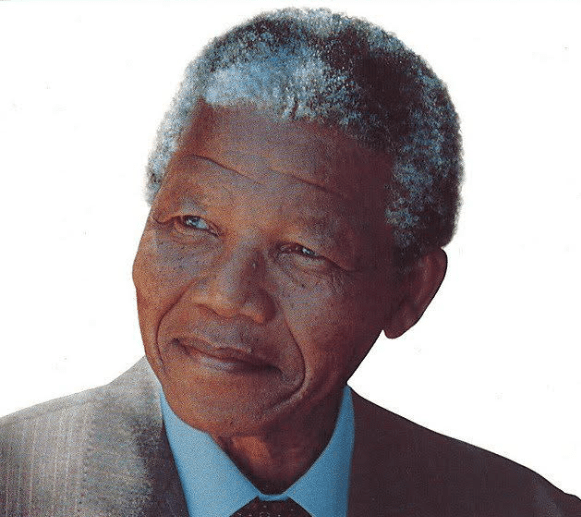 1. “There is a universal respect and even admiration for those who are humble and simple by nature, and who have absolute confidence in all human beings irrespective of their social status.” — Nelson Mandela

2. “I have never cared very much for personal prizes. A person does not become a freedom fighter in the hope of winning awards.” — Nelson Mandela

3. “I have taken a moment here to rest, to steal a view of the glorious vista that surrounds me, to look back on the distance I have come. But I can only rest for a moment, for with freedom come responsibilities, and I dare not linger, for my long walk is not ended.” — Nelson Mandela

4. “Lead from the back — and let others believe they are in front.” — Nelson Mandela

5. “I am not a saint, unless you think of a saint as a sinner who keeps on trying.” — Nelson Mandela

6. “There is no passion to be found playing small – in settling for a life that is less than the one you are capable of living.” — Nelson Mandela

7. “As I have said, the first thing is to be honest with yourself. You can never have an impact on society if you have not changed yourself.” — Nelson Mandela

9. “Do not judge me by my successes, judge me by how many times I fell down and got back up again.” — Nelson Mandela

11. “Education is the most powerful weapon which you can use to change the world.” — Nelson Mandela

12. “One cannot be prepared for something while secretly believing it will not happen.” — Nelson Mandela

13. “What counts in life is not the mere fact that we have lived. It is what difference we have made to the lives of others that will determine the significance of the life we lead.” — Nelson Mandela

14. “Resentment is like drinking poison and then hoping it will kill your enemies.” — Nelson Mandela

15. “For to be free is not merely to cast off one’s chains, but to live in a way that respects and enhances the freedom of others.” — Nelson Mandela

16. “There is nothing like returning to a place that remains unchanged to find the ways in which you yourself have altered.” — Nelson Mandela

17. “Everyone can rise above their circumstances and achieve success if they are dedicated to and passionate about what they do.” — Nelson Mandela

18. “It is said that no one truly knows a nation until one has been inside its jails.” — Nelson Mandela

19. “A winner is a dreamer who never gives up.” — Nelson Mandela

20. “Live life as though nobody is watching, and express yourself as though everyone is listening.” — Nelson Mandela 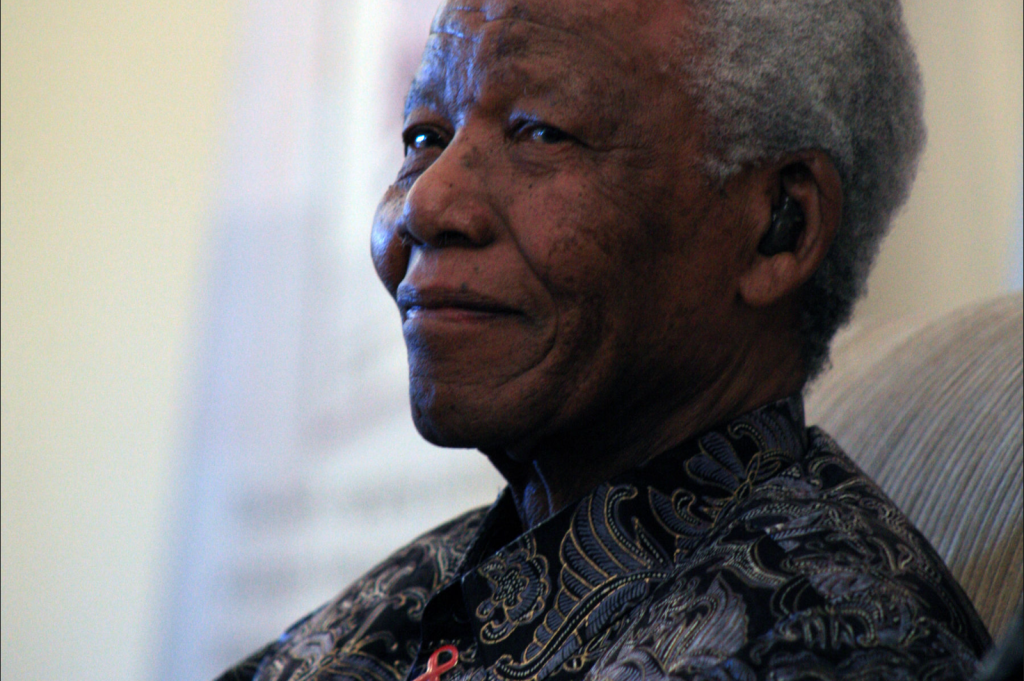 21. “I had no epiphany, no singular revelation, no moment of truth, but a steady accumulation of a thousand slights, a thousand indignities and a thousand unremembered moments produced in me an anger, a rebelliousness, a desire to fight the system that imprisoned my people. There was no particular day on which I said, Henceforth I will devote myself to the liberation of my people; instead, I simply found myself doing so, and could not do otherwise.” — Nelson Mandela

22. “I hate race discrimination most intensely and in all its manifestations. I have fought it all during my life; I fight it now and will do so until the end of my days.” — Nelson Mandela

23. “Sometimes it falls upon a generation to be great, you can be that generation.” — Nelson Mandela

24. “It is what we make out of what we have, not what we are given, that separates one person from another.” — Nelson Mandela

25. “We must use time creatively, and forever realize that the time is always ripe to do right.” — Nelson Mandela

26. “I like friends who have independent minds because they tend to make you see problems from all angles.” — Nelson Mandela

27. “It is not our diversity which divides us; it is not our ethnicity or religion or culture that divides us. Since we have achieved our freedom, there can only be one division amongst us: between those who cherish democracy and those who do not.” — Nelson Mandela

28. “A nation should not be judged by how it treats its highest citizens, but its lowest ones.” — Nelson Mandela

29. “The greatest glory in living lies not in never falling, but in rising every time we fall.” — Nelson Mandela

30. “Where you stand depends on where you sit.” — Nelson Mandela

32. “A leader is like a shepherd. He stays behind the flock, letting the most nimble go out ahead, whereupon the others follow, not realizing that all along they are being directed from behind.” — Nelson Mandela

33. “Man’s goodness is a flame that can be hidden but never extinguished.” — Nelson Mandela

34. “I learned that to humiliate another person is to make him suffer an unnecessarily cruel fate. Even as a boy, I defeated my opponents without dishonoring them.” — Nelson Mandela

35. “Although I am a gregarious person, I love solitude even more.” — Nelson Mandela

37. “Overcoming poverty is not a task of charity, it is an act of justice. Like slavery and apartheid, poverty is not natural. It is man-made and it can be overcome and eradicated by the actions of human beings.” — Nelson Mandela

39. “After climbing a great hill, one only finds that there are many more hills to climb.” — Nelson Mandela 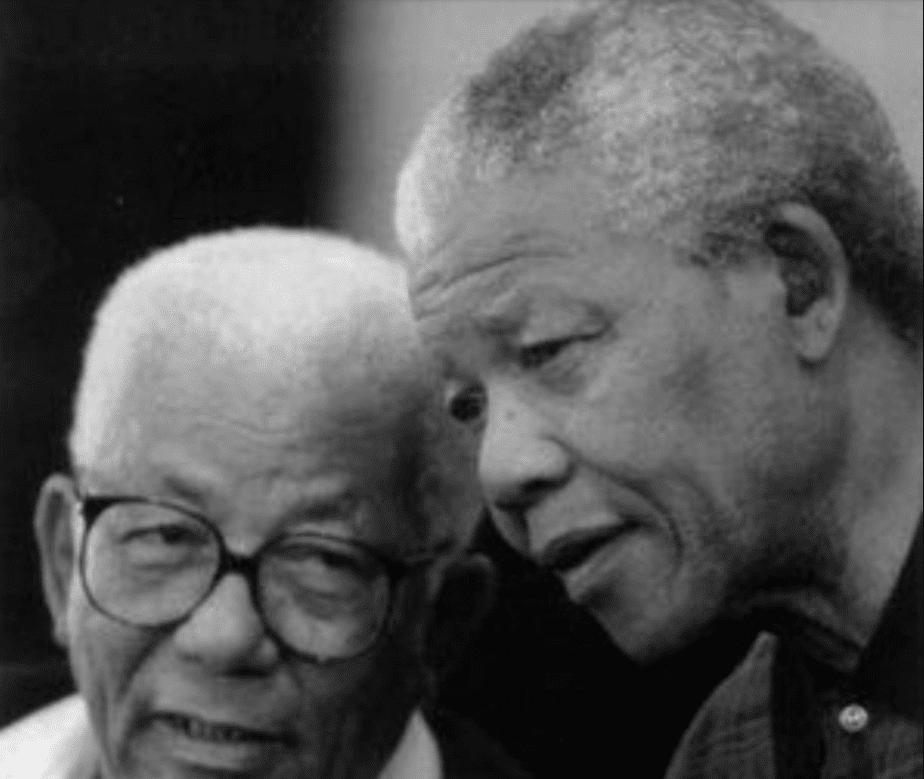 41. “Great peacemakers are all people of integrity, of honesty, but humility.” — Nelson Mandela

43. “There can be no keener revelation of a society’s soul than the way in which it treats its children.” — Nelson Mandela

44. “Know your enemy — and learn about his favorite sport.” — Nelson Mandela

45. “Quitting is leading too.” — Nelson Mandela

46. “When the water starts boiling it is foolish to turn off the heat.” — Nelson Mandela

47. “It is not where you start but how high you aim that matters for success.” — Nelson Mandela

48. “Keep your friends close — and your rivals even closer.” — Nelson Mandela

50. “The brave man is not the one who has no fears, he is the one who triumphs over his fears.” — Nelson Mandela

51. “There is no easy walk to freedom anywhere, and many of us will have to pass through the valley of the shadow of death again and again before we reach the mountaintop of our desires.” — Nelson Mandela

52. “Men have different capacities and react differently to stress. But the stronger ones raised up the weaker ones, and both became stronger in the process.” — Nelson Mandela

53. “Those who conduct themselves with morality, integrity and consistency need not fear the forces of inhumanity and cruelty.” — Nelson Mandela

54. “There are few misfortunes in this world that you cannot turn into a personal triumph if you have the iron will and the necessary skill.” — Nelson Mandela

55. “In some ways, it is easier to be a dissident, for then one is without responsibility.” — Nelson Mandela

58. “I love playing and chatting with children…feeding and putting them to bed with a little story, and being away from the family has troubled me throughout my…life. I like relaxing at the house, reading quietly, taking in the sweet smell that comes from the pots, sitting around a table with the family and taking out my wife and children. when you can no longer enjoy these simple pleasures something valuable is taken away from your life and you feel it in your daily work.” — Nelson Mandela

59. “Success in politics demands that you must take your people into confidence about your views and state them very clearly, very politely, very calmly, but nevertheless, state them openly.” — Nelson Mandela

60. “In judging our progress as individual we tend to concentrate on external factors such as one’s social position, influence and popularity, wealth and standard of education. These are, of course, important in measuring one’s success in material matters and it is perfectly understandable if many people exert themselves mainly to achieve all these. But internal factors may be even more crucial in assessing one’s development as a human being. Honesty, sincerity, simplicity, humility, pure generosity, absence of vanity, readiness to serve others – qualities which are within reach of every soul – are the foundation of one’s spiritual life.” — Nelson Mandela 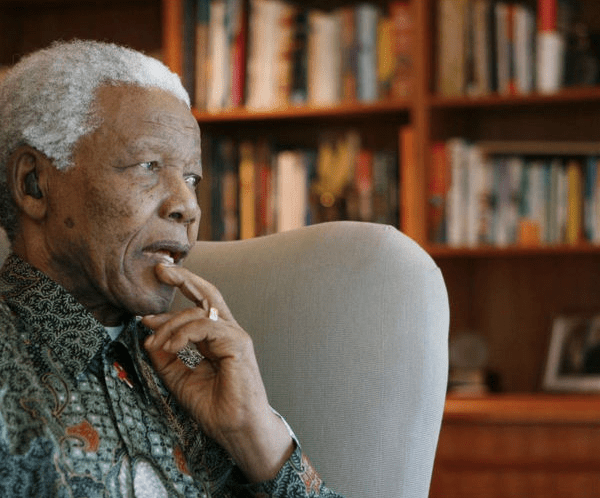 61. “During my lifetime I have dedicated myself to this struggle of the African people. I have fought against white domination, and I have fought against black domination. I have cherished the ideal of a democratic and free society in which all persons live together in harmony and with equal opportunities. It is an ideal which I hope to live for and to achieve. But if needs be, it is an ideal for which I am prepared to die.” — Nelson Mandela

62. “Courageous people do not fear forgiving, for the sake of peace.” — Nelson Mandela

64. “When a man is denied the right to live the life he believes in, he has no choice but to become an outlaw.” — Nelson Mandela

65. “No one is born hating another person because of the color of his skin, or his background, or his religion. People must learn to hate, and if they can learn to hate, they can be taught to love, for love comes more naturally to the human heart than its opposite.” — Nelson Mandela

66. “Without language, one cannot talk to people and understand them; one cannot share their hopes and aspirations, grasp their history, appreciate their poetry, or savor their songs.” — Nelson Mandela

67. “A good head and good heart are always a formidable combination. But when you add to that a literate tongue or pen, then you have something very special.” — Nelson Mandela

68. “As I walked out the door toward the gate that would lead to my freedom, I knew if I didn’t leave my bitterness and hatred behind, I’d still be in prison.” — Nelson Mandela

70. “Real leaders must be ready to sacrifice all for the freedom of their people.” — Nelson Mandela

Nelson Mandela was an incredible individual who changed the course of history.

He is known for his wisdom and his quotes are often shared on social media as a way to remind people about the importance of compassion, hope, and perseverance.

We’ve looked at some of his most famous quotes and how they can be applied to our lives.

What do you think is the most important lesson we can learn from Nelson Mandela? Let us know in the comments below!