Motorola launched the second generation of the Moto G i.e Moto G 2nd Generation last year and it was a great device considering the price to performance ration. And now after the launch of many other midrange phones like OnePlus One 16 GB and Xiaomi Mi4 it seems that Motorola Moto G 3rd Generation will be launching soon. 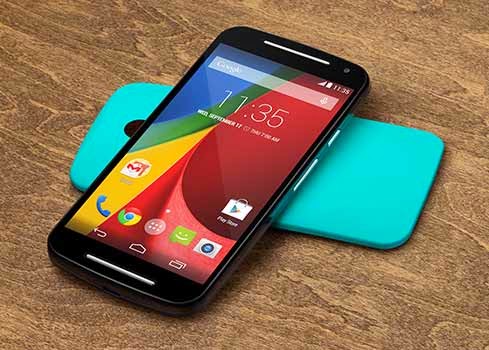 We have exclusive specs of the 3rd Generation of the Moto G i.e Moto G 3rd Gen.

As per the leaks the Moto G 3rd Gen 2015 will sport a 5.2 inch HD (1280 x 720 pixels resolution) Display with 318 PPI pixel density. The front is again protected by Corning Gorilla Glass 3, we would like the Gorilla Glass 4 though. The device is powered by a Snapdragon 615 chipset clocked at 1.7 GHz, which seems good enough and would come with Adreno 405. It is coupled with 2 GB Ram and the Internet Storage is expected to be 8 GB, while there is still no info about expandable storage.