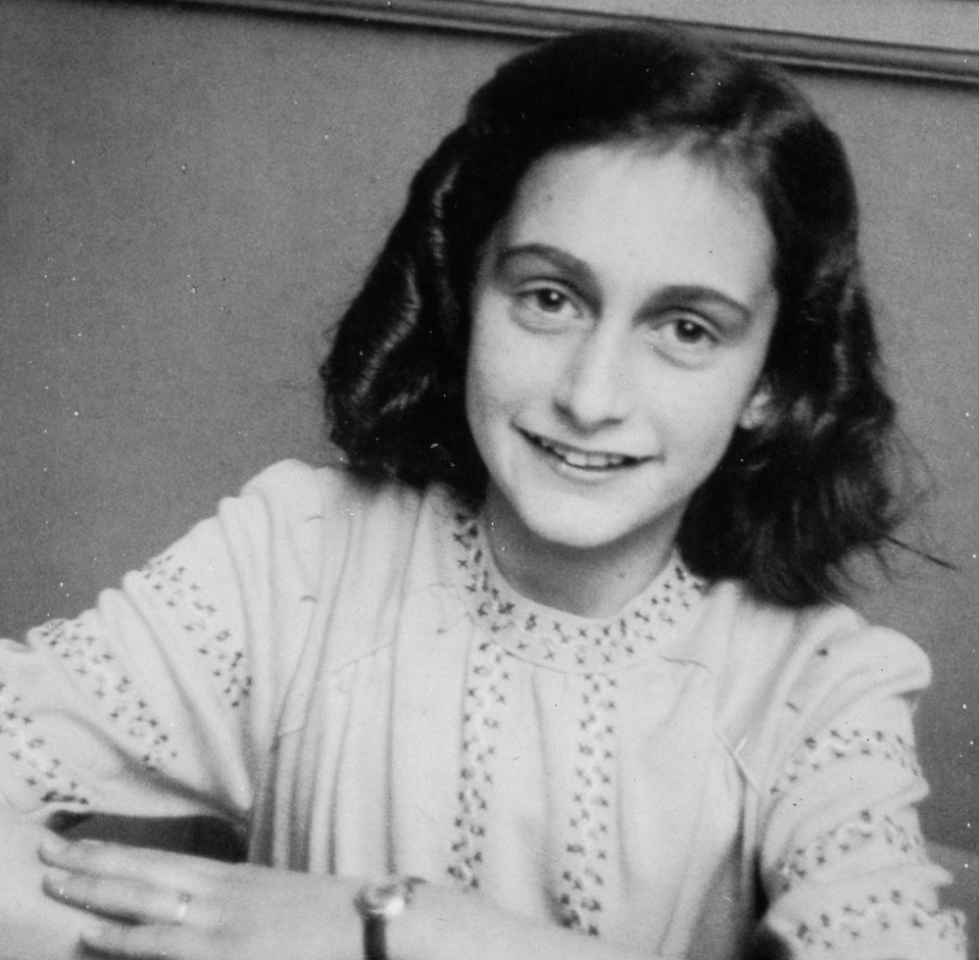 Anne Frank was a young girl who hid from the Nazis in an Amsterdam attic for two years. She kept a diary throughout her ordeal, and her words offer powerful insight into the human experience.

Here are some of Anne’s most poignant quotes about life, love, and courage. . . 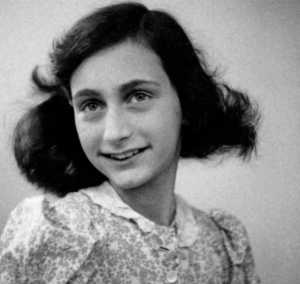 2. “Where there’s hope, there’s life. It fills us with fresh courage and makes us strong again.” ― Anne Frank

4. “Despite everything, I believe that people are wonderful at heart.” — Anne Frank

5. “Nice people, the Germans! To think that I was once one of them too! No, Hitler took away our nationality long ago. In fact, Germans and Jews are the greatest enemies in the world.” — Anne Frank

6. “People can tell you to keep your mouth shut, but that doesn’t stop you from having your own opinion.” ― Anne Frank

7. “I must uphold my ideals, for perhaps the time will come when I shall be able to carry them out.” — Anne Frank

8. “I don’t think of all the misery, but of the beauty that still remains.” — Anne Frank

9. “Whoever is happy will make others happy.” ― Anne Frank

10. “Those who have courage and faith shall never perish in misery.” ― Anne Frank 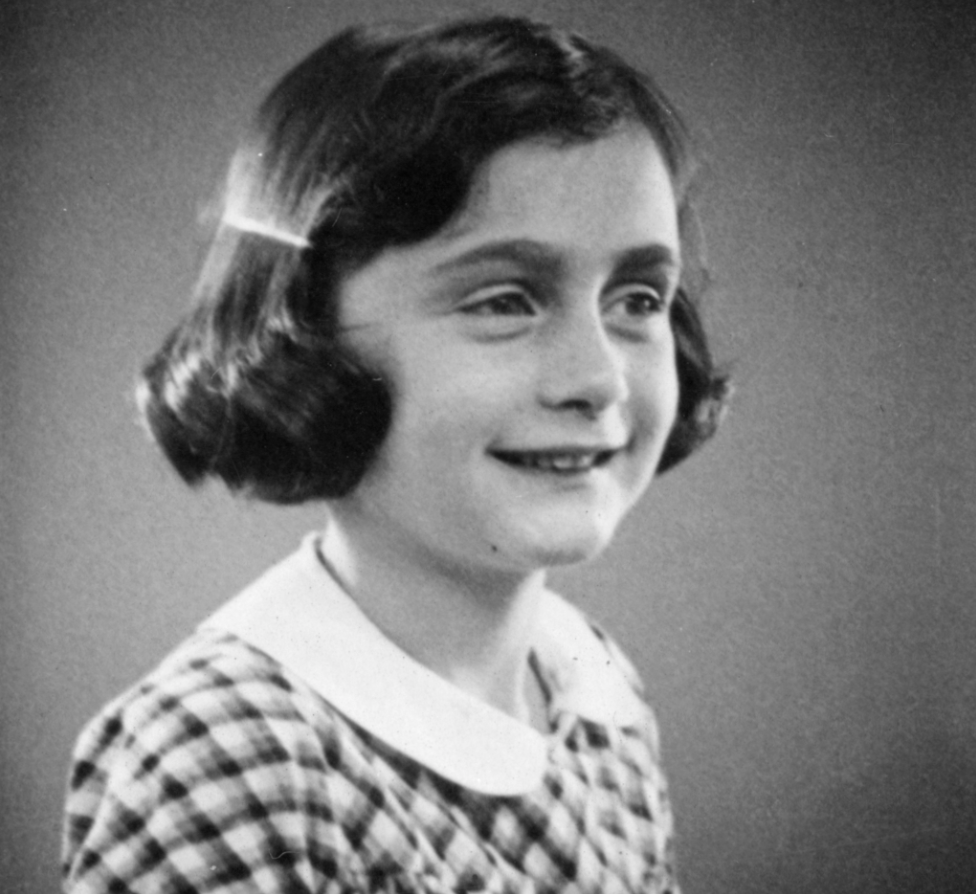 11. “In the long run, the sharpest weapon of all is a kind and gentle spirit.” ― Anne Frank

12. “But feelings can’t be ignored, no matter how unjust or ungrateful they seem.” ― Anne Frank

13. “There’s only one rule you need to remember: laugh at everything and forget everybody else! It sounds egotistical, but it’s actually the only cure for those suffering from self-pity.” ― Anne Frank

14. “Sympathy, Love, Fortune… We all have these qualities but still tend to not use them!”― Anne Frank

15. “Memories mean more to me than dresses.” ― Anne Frank

16. “Despite everything, I believe that people are perfect at heart.” ― Anne Frank

17. “The weak die out and the strong will survive and will live on forever.” ― Anne Frank

19. “The weak fall, but the strong will remain and never go under!” ― Anne Frank 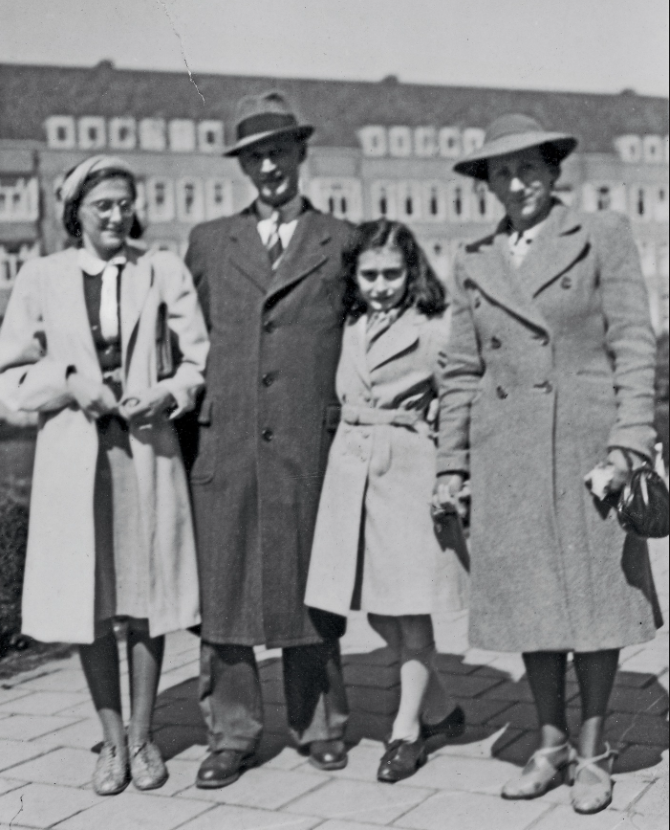 21. “Sometimes I believe that God wants to try me, both now and later on; I must become good through my own efforts, without examples and without good advice.”― Anne Frank

22. “In spite of everything, I still believe that people are perfect at heart.” ― Anne Frank

23. “I don’t want to have lived in vain like most people. I want to be useful or bring enjoyment to all people, even those I’ve never met. I want to go on living even after my death!” ― Anne Frank

25. “We all live with the objective of being happy; our lives are all different and yet the same.” ― Anne Frank

27. “I want to write, but more than that, I want to bring out all kinds of things that lie buried deep in my heart.” ― Anne Frank

28. “People who have a religion should be glad, for not everyone has the gift of believing in heavenly things.” ― Anne Frank

29. “You can be lonely even when you are loved by many people, since you are still not anybody’s one and only.” ― Anne Frank

30. “How wonderful it is that nobody need wait a single moment before starting to improve the world.” ― Anne Frank

31. “Think of all the beauty still left around you and be happy.” ― Anne Frank

32. “I can shake off everything as I write; my sorrows disappear, my courage is reborn.” ― Anne Frank

33. “I’ve found that there is always some beauty left — in nature, sunshine, freedom, in yourself; these can all help you.” ― Anne Frank

35. “Because paper has more patience than people. ” ― Anne Frank

36. “Look at how a single candle can both defy and define the darkness.” ― Anne Frank

37. “I don’t think of all the misery, but of the beauty that still remains.” ― Anne Frank

38. “Parents can only give good advice or put them on the right paths, but the final forming of a person’s character lies in their own hands.” ― Anne Frank

39. “Would anyone, either Jew or non-Jew, understand this about me, that I am simply a young girl badly in need of some rollicking fun?” — Anne Frank

40. “Men are held in great esteem in all parts of the world, so why shouldn’t women have their share?” — Anne Frank

41. “Anyhow, I’ve learned one thing now. You only really get to know people when you’ve had a jolly good row with them. Then and only then can you judge their true characters!”— Anne Frank

42. “Cheer up, keep your spirits high, things are bound to get better!” — Anne Frank

43. “The first thing I put in was this diary, then hair curlers, handkerchiefs, schoolbooks, a comb, old letters; I put in the craziest things with the idea that we were going into hiding. But I’m not sorry, memories mean more to me than dresses.” — Anne Frank

44. “We all live with the objective of being happy, our lives are all different and yet the same.” — Anne Frank

45. “Lies, Lies, if only I could take you away if only I could let you share all the things I enjoy. It is too late now, I can’t help, or repair the wrong I have done. But I shall never forget her again, and I shall always pray for her.”— Anne Frank

46. “Because paper has more patience than people.” — Anne Frank

47. “Whoever is happy will make others happy.” — Anne Frank

49. “Look at how a single candle can both defy and define the darkness.” — Anne Frank

50. “He who has courage and faith will never perish in misery!.” — Anne Frank

51. “I know that I’m a woman, a woman with inward strength and plenty of courage.” — Anne Frank

52. “Parents can only give good advice or put them on the right paths, but the final forming of a person’s character lies in their own hands.” — Anne Frank

Anne Frank is one of the most quoted authors in history, and her words are as relevant today as they were when she first wrote them down.

We’ve looked at some of her most poignant quotes on courage, hope, and happiness, and we hope that you take away something valuable from each of them.

What do these quotes mean to you? How will you apply them to your life? Let us know in the comments below.