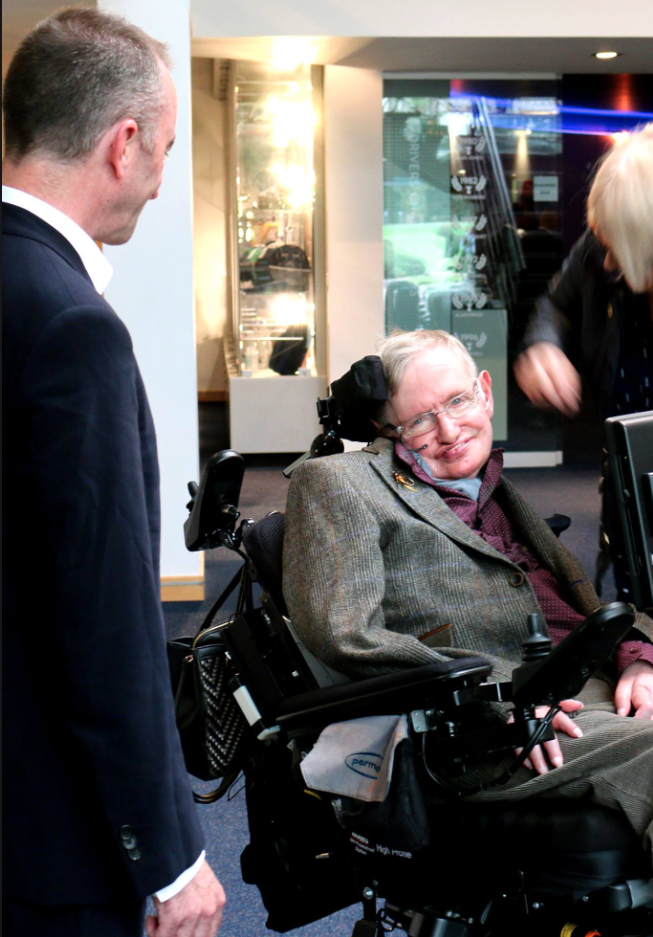 Stephen Hawking is one of the most renowned and celebrated scientists of our time. A genius thinker and tireless researcher, Hawking has contributed so much to our understanding of the universe.

In this blog post, we’ll take a look at some of his best quotes on science, space, life, and more. As you read them, you’ll see why Hawking is considered one of history’s most brilliant minds. Enjoy!

1. “Intelligence is the ability to adapt to change.” — Stephen Hawking

2. “Not only does God play dice but… he sometimes throws them where they cannot be seen.” ― Stephen Hawking

3. “Without imperfection, you or I would not exist.” — Stephen Hawking

4. “I don’t think the human race will survive the next thousand years, unless we spread into space.” ― Stephen Hawking

6. “If time travel is possible, where are the tourists from the future?” — Stephen Hawking

7. “People who boast about their IQ are losers.” — Stephen Hawking

8. “I have so much that I want to do. I hate wasting time.” — Stephen Hawking 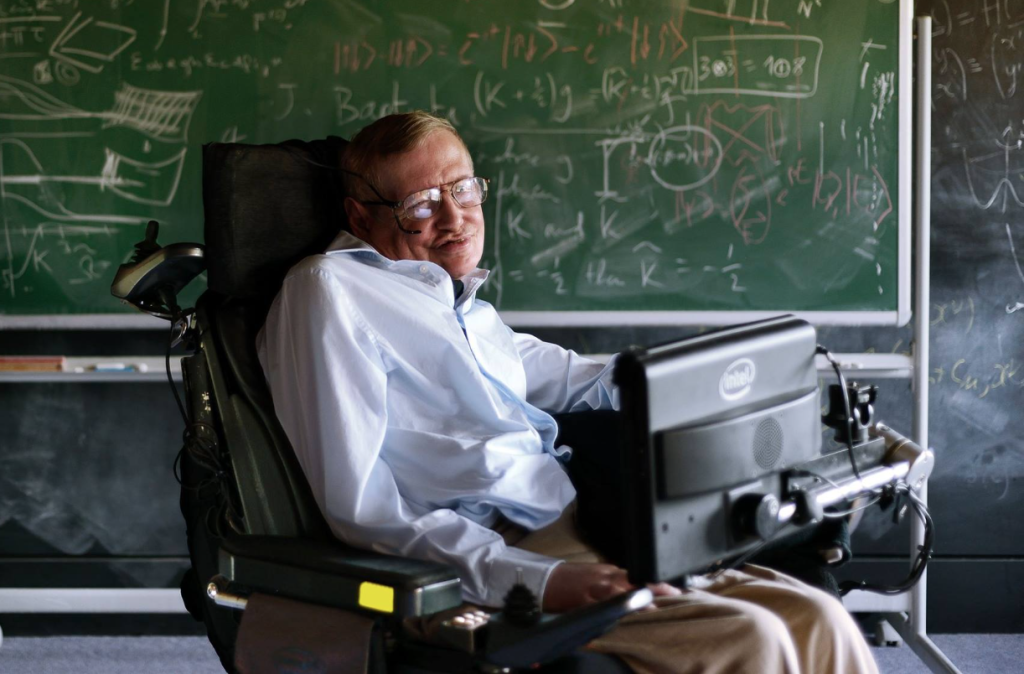 11. “The downside of my celebrity is that I cannot go anywhere in the world without being recognized. It is not enough for me to wear dark sunglasses and a wig. The wheelchair gives me away.” — Stephen Hawking

13. “My goal is simple. It is a complete understanding of the universe, why it is as it is and why it exists at all.” — Stephen Hawking

14. “Life would be tragic if it weren’t funny.” — Stephen Hawking

15. “We are just an advanced breed of monkeys on a minor planet of a very average star. But we can understand the Universe. That makes us something very special.” ― Stephen Hawking

16. “Nothing is better than reading, and gaining more and more knowledge.” — Stephen Hawking

17. “Although I cannot move and I have to speak through a computer, in my mind I am free.” — Stephen Hawking

18. “I have noticed that even people who claim everything is predetermined and that we can do nothing to change it, look before they cross the road.” — Stephen Hawking

19. “Keeping an active mind has been vital to my survival, as has been maintaining a sense of humor.” — Stephen Hawking

20. “You cannot understand the glories of the universe without believing there is some Supreme Power behind it.” — Stephen Hawking

21. “The thing about smart people is that they seem like crazy people.” — Stephen Hawking

22. “The human race does not have a very good record of intelligent behaviour.” — Stephen Hawking

23. “The idea of 10 dimensions might sound exciting, but they would cause real problems if you forget where you parked your car.” — Stephen Hawking

24. “Women. They are a complete mystery.” — Stephen Hawking

25. “If the government is covering up knowledge of aliens, they are doing a better job of it than they do at anything else.” — Stephen Hawking 26. “Time and space are finite in extent, but they don’t have any boundary or edge. They would be like the surface of the earth, but with two more dimensions.” — Stephen Hawking

27. “Stay happy in every circumstance. Find ways to amuse yourself.” — Stephen Hawking

28. “For millions of years, mankind lived just like the animals. Then something happened which unleashed the power of our imagination. We learned to talk and we learned to listen. Speech has allowed the communication of ideas, enabling human beings to work together to build the impossible. Mankind’s greatest achievements have come about by talking, and its greatest failures by not talking. It doesn’t have to be like this. Our greatest hopes could become reality in the future. With the technology at our disposal, the possibilities are unbounded. All we need to do is make sure we keep talking.” ― Stephen W. Hawking

29. “Remember to look up at the stars and not down at your feet. Try to make sense of what you see and wonder about what makes the universe exist. Be curious. And however difficult life may seem, there is always something you can do and succeed at.” ― Stephen W. Hawking

30. “It surprises me how disinterested we are today about things like physics, space, the universe and philosophy of our existence, our purpose, our final destination. Its a crazy world out there. Be curious.” ― Stephen W. Hawking

31. “The victim should have the right to end his life if he wants. But I think it would be a great mistake. However bad life may seem, there is always something you can do, and succeed at. While there’s life, there is hope.” ― Stephen W. Hawking

32. “I believe the simplest explanation is, there is no God. No one created the universe and no one directs our fate. This leads me to a profound realization that there probably is no heaven and no afterlife either. We have this one life to appreciate the grand design of the universe and for that, I am extremely grateful.” ― Stephen W. Hawking

33. “One of the basic rules of the universe is that nothing is perfect. Perfection simply doesn’t exist…..Without imperfection, neither you nor I would exist” ― Stephen W. Hawking

34. “Our population and our use of the finite resources of planet Earth are growing exponentially, along with our technical ability to change the environment for good or ill.” ― Stephen W. Hawking

35. “I would like nuclear fusion to become a practical power source. It would provide an inexhaustible supply of energy, without pollution or global warming.” ― Stephen W. Hawking 36. “In less than a hundred years, we have found a new way to think of ourselves. From sitting at the center of the universe, we now find ourselves orbiting an average-sized sun, which is just one of millions of stars in our own Milky Way galaxy.” ― Stephen W. Hawking

37. “Even if there is only one possible unified theory, it is just a set of rules and equations. What is it that breathes fire into the equations and makes a universe for them to describe? The usual approach of science of constructing a mathematical model cannot answer the questions of why there should be a universe for the model to describe. Why does the universe go to all the bother of existing?” ― Stephen Hawking

38. “I have noticed that even those who assert that everything is predestined and that we can change nothing about it still look both ways before they cross the street.” ― Stephen W. Hawking

39. “The role played by time at the beginning of the universe is, I believe, the final key to removing the need for a Grand Designer, and revealing how the universe created itself. … Time itself must come to a stop. You can’t get to a time before the big bang, because there was no time before the big bang. We have finally found something that does not have a cause because there was no time for a cause to exist in. For me this means there is no possibility of a creator because there is no time for a creator to have existed. Since time itself began at the moment of the Big Bang, it was an event that could not have been caused or created by anyone or anything. … So when people ask me if a god created the universe, I tell them the question itself makes no sense. Time didn’t exist before the Big Bang, so there is no time for God to make the universe in. It’s like asking for directions to the edge of the Earth. The Earth is a sphere. It does not have an edge, so looking for it is a futile exercise.” ― Stephen W. Hawking

Stephen Hawking was one of the most brilliant minds of our time. Though he is no longer with us, his words and insights will continue to inspire people for generations to come.

We’ve collected some of his most poignant quotes on life, love, intelligence, and more. What do you think Hawking meant by these words? How have they influenced your own life?