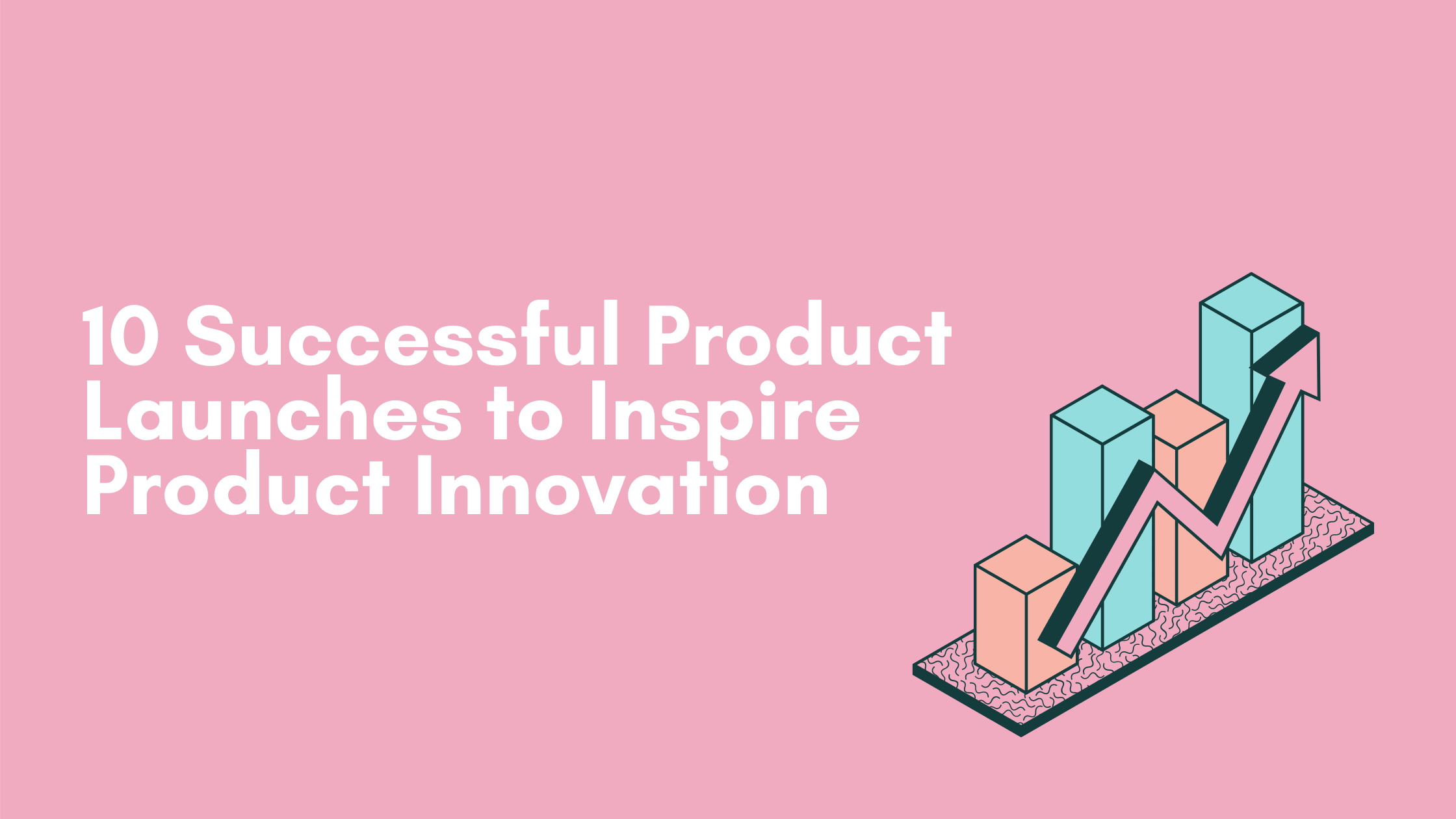 Clayton Christensen, a professor at Harvard University, says that out of the 30,000 new products that come out every year, 95 percent fail.

We’ve talked about how you can improve your chances by using AI for successful product innovation and making sure you target the right markets with the right products and features at the right time.

After all, this is how companies like Unilever make products that sell well.

Now, let’s look at 10 well-known product launches to help you come up with new ideas. These are amazing examples of new products that were created by people who really thought outside the box.

The iPhone from Apple has been one of Apple’s most popular new products ever made. One million iPhones were sold in just 74 days after its release, the iPhone blew the competition away and raised the bar for what consumers expect from a device.

In the end, over 6 million units were sold in just over a year, while only 1 million LG Prada phones were sold after a year and a half.

Under the leadership of CEO Steve Jobs, Apple made a device that could be used as both a cell phone and a full-fledged computer. The first iPhone came out on January 9, 2007, and it cost $499 when it was first sold.

In the end, the iPhone is a great example of a new product because it changed the focus of mobile phones from hardware to software, making apps possible.

Apple didn’t just try to improve on the latest phones on the market. Instead, they made a big change by making a smartphone.

When the iPod came out in 2001, it was the first digital MP3 player that could hold 1,000 songs and was easy to carry around.

At a time when space was limited, the iPod made it easier to store and listen to music. From there, the iPod line just kept getting bigger and more daring, with more storage space, cameras, gaming features, and more.

Apple said in 2010 275 million iPods had been sold all over the world. INSEAD says that the iPod is a great example of how important timing is because it came out at the same time that MP3s and broadband were becoming popular.

This allowed it to ride technological trends to success.

When Coca Cola first came out in 1886, only 9 bottles were sold every day. Today, about 2 billion Coca Cola drinks are drunk every day.

Coca Cola is a leader in coming up with new ideas, as shown by its trademarked curved bottle, its secret recipes for Coke Zero and Coke Lime, and its world-class advertising campaigns.

Coca Cola is now a customer of Commerce.AI. They use AI to scan huge amounts of online product review data, which helps them come up with new products.

After all, it’s hard to make changes to traditional products that work well. When Coca-Cola introduced New Coke to the world in 1985, most people didn’t like it, so they went back to the original recipe in less than three months.

Google Maps is one of the most innovative things ever made, and it’s often said to have changed the way people think about geography.

Users can get detailed maps and directions, satellite images, traffic info, and street views all in one app called Google Maps. Over a billion people use the service every month around the world.

Maps of the entire world are almost complete, and Google keeps releasing new features like real-time traffic, eco-friendly routes, data from its more than one billion users to improve accuracy, indoor maps, and more.

In 1985, when the Nike Air Jordan 1 came out, it was a great example of a new idea. The black-and-red colour scheme of the shoe went against the NBA’s uniform rules.

Every time Michael Jordan wore the shoes, the NBA fined him $5,000, which made the shoes famous.

The Nike shoe designer Tinker Hatfield and Michael Jordan, with help from Nike’s CEO Phil Knight, came up with the Air Jordan 1.

The shoe was an instant hit with customers, who liked that it looked cool and was also comfortable to wear because it was made with Nike Air technology.

Air Jordan is still one of the most popular shoe lines from Nike. In its first year, more than 35 years ago, it brought in $126 million.The Air Jordan 1 has been re-made at least six times because it has been so popular.

Facebook Messenger is a mobile messaging app that lets people text or use emojis to talk to their friends. They can also share photos or videos.

Even though Facebook Messenger has been around for ten years, it is still growing quickly. Soon, it is expected to have nearly two and a half billion users.

Facebook Messenger is the fastest product of its kind to load, and it was also one of the first to include stories.

Instagram is a social media site where people can share photos and videos. When it first came out in October 2010, it had 25,000 users in one day. Now, it has more than a billion users who use it every month.

It is especially popular with teens and young adults, who use it to post photos of everything from their daily meals to the newest fashion trends.

Instagram’s success was due to deliberate, risky, and consistent product innovation, such as the Boomerang and Rewind tools for editing videos and the face filters and polls for making the app more interactive.

The Kindle from Amazon is one of the most successful products to come out in recent years because it changed the way people read and watch media.

Amazon took over the eBook market almost as soon as it became known as the “world’s largest bookstore.” The Kindle format also works on almost everything.

It doesn’t lock you into one device, which has made millions of fans over the years.

The Nintendo Wii came out in November 2006, and it sold like crazy during the holidays that year.

Since its release, more than 100 million units have been sold around the world, making it one of the best-selling consoles of all time.

The Wii changed the way people played video games because its motion-sensitive controllers and interactive gameplay let people get up off the couch and use their whole bodies as part of the game.

Since then, many gaming consoles have started to use this style, but the Nintendo Wii was the first big device to do so.

The Toyota Corolla shows that a new product doesn’t have to be exciting to be very successful.

Since 1966, the Toyota Corolla has been a low-cost car that is simple, comfortable, and useful. In short, it’s not a Cybertruck or a Ford Mustang, but it’s a very reliable daily driver, which is exactly what tens of millions of people want.

Toyota’s big innovation win was figuring out how to meet this need, and now the Toyota Corolla has sold more than 40 million units.

Top  Martial Artists In The World

Innovation doesn’t have to be exciting, groundbreaking, or hard to understand to work.

The Toyota Corolla shows that a product doesn’t have to be complicated to be reliable. Coca-Cola shows that if you stand out and listen to your users, you can make a hugely successful product.

Google Maps shows how important it is to keep track of information.

In the end, there are many ways to make a product successful, but the key to all of them is innovation.